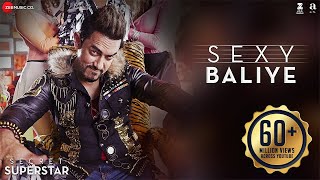 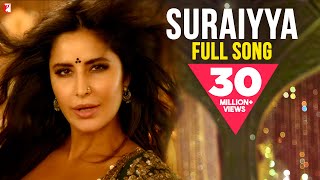 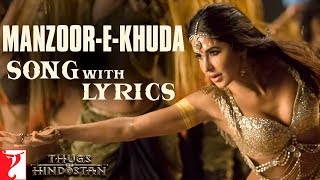 Aamir khan is an actor who has thrived for bringing about a change in the way Hindi films were made and during the entire course of his long career . Khan’s major focus have always been in bringing about diversity to his movies and Hindi cinema as a whole . Khan who played the lead in Lagaan had brought about an entire new approach to cinema which was foreign to Bollywood as of then . Aamir khan has also been crucial in churning out some new film makers with daring concepts and unique themes through his movies like “Delhi Belly”,”Peepli live” ,”Jaane tu ya janne na” ,”Dhobi Ghat” etc. Aamir Khan is also one of the few actors whose two films have been shortlisted for the category of best foreign language films in the academy awards .Khan has experimented with bold, artistic and universal themes for his movies . “Dangal” the most recent super block buster, a film that has broken all his previous records is directed by Nitesh Tiwari and produced by Aamir Khan . The story about the India’s first female wrestler Geeta Phogat and her sister Babita Phogat, Geeta who the 2010 Commonwealth Games wherein she won the Gold medal of 55 Kg. The film was released worldwide on 23rd December 2017 and was declared tax-free in six Indian states . At the 62nd Filmfare Awards, “Dangal” won four awards including that of Best Film, Best Director, Best Action and Best Actor which Aamir Khan received. “Dangal” emerged as one of the highest grossing films in Hindi Cinema and the Second Highest grossing Indian Film of all times with the worldwide gross of 741.08 Crore.

Mohammed Aamir Hussain Khan more popularly known as Aamir khan is an Indian actor ,director and producer who is known for his works in Hindi cinema. He is considered to be one of the finest actors in Indian cinema till date. He was born and brought up in Mumbai to Thaheer Khan and Zeenat Hussian in a film family. His father was a well known figure in Hindi cinema. Aamir khan was born as the eldest into a family with three siblings, Faisal Khan, Farhat Khan and Nikhat Khan of which Faisal khan has acted in some Hindi movies such as cameos in Khan's Qayamat se Qayamat tak and many more. Many members of his family where active part of Bollywood then and even now. His nephew Imran Khan too is an actor .Khan’s uncle is a well known film maker Nasir Hussian who paved way for Aamir Khan's entry in to cinema as a child artist the popular movie "Yadoon ki Baraat ' which was directed by him.

Aamir khan was initially married to Reena Dutta who played a small role in his hit film "Qayamat se qayamat tak ", and has served as one of the producers for Khan's magnum opus "Lagaan " Shortly after which they got separated ending a fifteen year old marriage in 2001. Aamir khan got married to Kiran Rao who had worked in Lagaan as an assistant director for the film. Aamir Khan has two children Junaid Khan and Iza Khan from his first marriage while he has one son Azad Rao Khan from his second wife Kiran Rao Khan, who was born through surrogacy procedure.

Aamir khan made his acting debut at the age of eight in his uncle Nasir Hussian's musical movie 'Yadoon Ki Baraat ' which was followed up by a cameo in his father’s production 'Madhosh ' both of which were small cameos but the stage had been set for his entry into cinema by then . After completing his schooling from J B petit school and St Annes High school Bandra, which as he recalls was the most struggling days of his life due to the consecutive box office failures of his father’s productions leading to financial difficulty for the family back then . Khan after completing schooling was keen to make an attempt in cinema and thus Aamir Khan had started working on an experimental 40 minute silent film at the age of sixteen named “Paranoia” which was directed by his friend Aditya Bhattacharya with a shoe string budget . Aamir Khan played the lead role along with Neena Gupta and Victor Bannerjee in the silent feature also assisting the director for the movie. “Paranoia” was a life changing experience for the star which gave him the extra push to go out and seek a place for himself in the acting world. After the film Paranoia, Khan joined a theatre troop called Avantat where he was moulded into a serious actor and developed his acting skills to make it big in cinema one day. After doing some plays in Hindi and English, Khan discontinued his studies and ventured into main stream cinema by assisting his uncle Nasir Hussian in movies like Manzil Manzil (1984) and Zabardast (1985) that was a crucial decision at that time due to his family’s financial problems, who wanted him to stay away from the cinema.