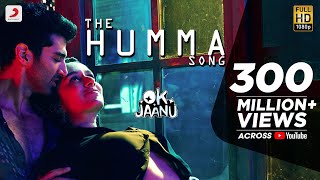 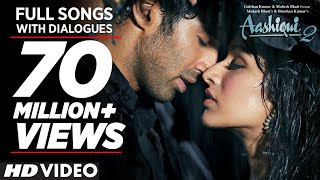 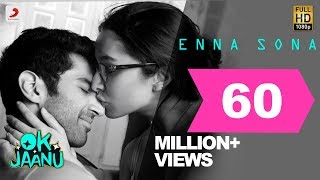 Aditya Roy Kapur was overwhelmed when Mani Ratnam praised him Ace filmmaker Mani Ratnam is a film wizard with whom every actor desires to work. Aditya Roy Kapur got the rare opportunity to work in his home production Ok Jaanu, the Hindi adaption of his Tamil hit film, OK Kanmani. Directed by Shaad Ali, who had adapted Mani Ratnam's Tamil film Alaipayuthey (2000) as Saathiya (2002), starring Vivek Oberoi and Rani Mukerji has yet again hit the bull’s eye with Ok Jaanu. The highlight of Ok Jaanu, is the casting of Aditya Roy Kapur and Shraddha Kapoor, who make a great chemistry. To add cherry on cake is A.R. Rehman’s melodious music. Prior to the release of the film Aditya Roy Kapur was quite nervous and anxious to know the reaction of Mani Ratnam and when Ratnam appreciated him for a good performance Kapur could not control his emotions. Aditya Roy Kapur asserts that the best award he has won is the compliment from Mani Ratnam for his good performance in Ok Jaanu.

Wanted to become a cricketer but became film star As a child Aditya Roy Kapur aspired to be a cricketer. The charm of playing in front of thousands of spectators enthralled him. Hence he focused much of his time on his cricket training than studies. As a result he started scoring poor marks in class so after class VII his parents admitted him in a tuition class. Thus after school, he had to rush for tuition class and by the time he returned home all his energy was exhausted and he was too tried to play cricket. Aditya Roy Kapur’s stint with TV as VJ When Aditya Roy Kapoor was studying at Mumbai’s famous St Xavier’s College he did an audition for Channel V and to his delight he was selected. He used to do a lot of fun as VJ and was the darling of the viewers. Soon his popularity caught the attention filmmakers of Bollywood and he started getting many offers for film acting but Aditya was not interested in acing and enjoyed doing VJ shows on TV. In an interview he said, since he was not interested in acting he had skipped many auditions but one day film maker Vipul Shah called him to his office and since then things changed for the young aspiring star.

Aditya Roy Kapur maintains he is single Though Aditya Roy Kapur claims to be single B-Town, he has been exposed of his close intimacy with his Aashiqui 2 co-star Shraddha Kapoor. The two have been spotted together at parties and cinema halls yet Aditya denies the relationship, though in his interview with Coffee with Karan, he did accepted that he is in awe of Katrina Kaif’s beauty and sex appeal.

Aditya Roy Kapur signed Vipul Shah’s film London Dreams to enjoy UK When Aditya Roy Kapur met Vipul Shah he confessed to him that he was not much interested in acting in films but Vipul Shah adopted marketing gimmicks and lured Adtiya into signing the film. He told Aditya that the role was simple and he had nothing much to do except play his favorite musical instrument guitar. In addition he can explore UK at the cost of the film producer. Shah’s marketing strategy worked as Aditya thought it was a great opportunity to visit UK and have fun. Thus began the filmy journey of Aditya Roy Kapur, with London Dreams (2009). During the making of London Dreams Aditya Roy Kapur developed passion for acting After working with the superstars like Salman Khan, Ajay Devgn, Asin etc in the film London Dreams, Aditya Roy was fascinated towards cinema and signed two films Action Replayy (2010) directed by Vipul Shah and Sanjay Leela Bhansali Guzaarish(2010). But alas both the films were major flops and this shattered Aditya Roy’s tryst with Bollyood. Failures made Aditya Roy Kapur tough and taught him many lessons Though Aditya Roy Kapur gave a string of three flops but he took the failures as a stepping stone to success. He believes that from his VJ days, when he was carefree, he learnt to value time when he worked with Akshay Kumar in Action Replayy and found him to be punctual Similarly while working with Hrithik Roshan, he was overwhelmed by Hrithik Roshan’s dedication and the commitment that he fuels in his job. From Ajay Devgn he learnt to be disciplined and respect the director. When asked about what he learnt from Salman Khan, Aditya Roy Kapur said, “He is a generous man. In the film London Dreams, my first scene was to shout out at him. I was nervous but he took me in his arms and got the scene done effortlessly.” Thus from Salman Khan he learnt that cinema is a team work and all scenes need to be well executed. Film work is combined effort rather than an individual’s domain to shine alone. Aditya Roy Kapur was not the first choice of Aashiqui 2 After a hat-trick of flops Aditya Roy Kapur got a new lease of life with Mahesh Bhatt’s sequel Aashiqui 2 but readers would be surprised to know that Aditya Roy Kapur was not the first choice for the film. Just as Mahesh Bhatt had introduced two new faces Rahul Roy and Anu Aggarwal in his 90’s original film, he wanted to present two new faces. Hence he had launched a national-wide Talent Hunt to discover two fresh faces but all his efforts went in vain as none were promising hence Bhatt had decided to scrap the film. But one day when Mohit Suri, the film director was going through the pictures of actor Aditya Roy Kapur, he was spellbound by his dashing personality and called him for audition. During audition when Suri got to know that Aditya Roy Kapur, also played guitar and had a passion for music. He was delighted as the character in the film that would Aditya Roy Kapur portray required him to be a musician. The film was a box office sensation and Aditya Roy Kpoor won rave reviews for his performance. In fact he ended up winning many awards. His Jodi with Shraddha Kapoor became instant hit. Aashiqui 2 opened doors of stardom for Aditya Roy Kapur With the mega success of Aashiqui 2, doors of big banners opened for Aditya Roy Kapur. His next release was Yeh Jawani Hai Deewani produced by Karan Johar was again a hit. In this film he shared screen space with Ranbir Kapoor and Deepika Padukone. In fact Aditya Roy Kapur also won Filmfare nomination in supporting actor category. His other film include Yash Raj Films Daawat-e-Ishq (2014), Rock on director Abhishek Kapoor’s Fitoor and ShahRukh Khan’s Dear Zindagi (2016)