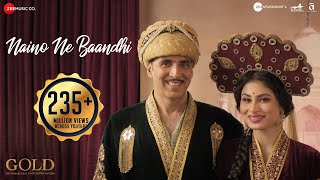 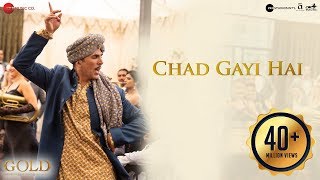 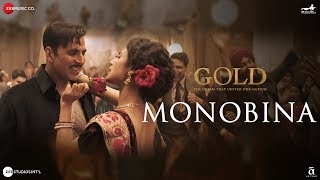 Apart from his role as an actor in Hindi Films, he also worked as a stunt actor and often performed dangerous stunts in his films in which he has earned the title of ' Indian Jackie chan" . In 2008 he hosted the popular Television show. 'Fear Factor - Khatron Ke Khiladi'. The following year he founded the Hari Om Entertainment Production Company. In 2008 the University of Windsor conferred an Honarary Doctorate of Law on Kumar in recognition of his contribution to the Indian Cinema. He was also awarded the Padma Shri by the Government of India in 2011, the Asian Awards honoured Akshay Kumar for his outstanding achievement in the Indian Cinema in 2012. Kumar has founded his 2nd production company called the Grazing Goat Pictures. In 2014 he launched the Realty show ' Dare 2 Dance' . He is said to own the : Khalsa Warriors in the World Kabbadi League . In 2015, Akshay Kumar was ranked the 9th in the Forbes First Global List of the Highest Paid actors in the world. Akshay Kumar married Twinkle Khanna daughter of Actors Rajesh Khanna and Dimple Kapadia on 17th January 2001 . They have a son whom they have named Aarav and a daughter Nitara in 2012. Akshay Kumar is known to be a protective father and has managed to keep his children away from the Limelight of the film industry . He stated in one of his interviews that he wants to give them a normal childhoad. Kumar has had a clean record and has stayed out of controversies except for one of the Lakme Fashion Shows when he asked his wife Twinkle Khanna to unbotton his jeans and this incident sparked controversy which led to a police case filed against both of them.. But for his fans the little incident didn't make any difference and they continued to love his screen persona . Akshay Kumar's secret to a his well built body is his passion for staying in shape with Kick boxing, basketball, Swimming and working out . He has a dream of opening a martial art school and the state Government of Maharashtra has allotted the land for the school in Bhayandar. In 2008 He was named the Sexiest Man alive by People (India) Magazine and he lives up to his name through his roles in the Hindi Films and continues to be the Hero adored by his millions of fans.

Akshay Kumar started his modelling assignments as an assistant for photographer to Jayesh Sheth for 18 months to earn for his first portfolio . His struggle continued to make it big by participating in the background dancer in various films. He was to attend an Ad shoot in Bangalore but missed his flight and a dejected kumar visited the film studio with his portfolio and the lady luck smiled on his and that evening Kumar was signed for a lead role by the producer Pramod Chakravarthy for the film ' Deedar' that was the beginning of his film career that he created milestones in his life thereafter. Akshay Kumar made his first appearance as the Lead actor opposite Rakhee and Shanti Priya in Saugandh in the year 1991 though he had appeared in the un credited role of Martial arts Instructor in the 1987 film directed by Mahesh Bhat and Kumar Gaurav for the film ' Aaj' in the same year , he also acted in the film Dancer directed by Kishore Vyas which received poor reviews. The following year he starred in Abbas Mustan,'s suspense thriller Khiladi which was widely considered as one of his breakthrough role and Kumar gained an entry in the Bollywood. From then on he was signed for many films in the following years some did extremely well at the Box office while some failed miserably and he did not perform well commercially. In 1994, he played the role of Police Inspector in two films, The remake of Hollywood film, ' The Hard Way; the Hindi version Main Khiladi Tu Anari and Mohra which were the highest grossing films of the year and hit the Box office with success. Later in the same year, he also starred in Yash Chopra's Romantic film, Yeh Dillagi opposite to Kajol and his role in the film earned Kumar his first nomination for the Best Actor at the Filmfare Awards and Star Screen Awards.

'Akshay Kumar', has dual citizenship is an Indian born Canadian, producer , actor and martial artist who has acted in over 100 Hindi films. When he began his acting career in the early 90's He was nominated for Filmfare awards several times and won it twice in his career . Akshay Kumar is known for his action films and sports films. He over the years gained fame for his roles as a Romantic hero and comic roles as well as family drama. Akshay Kumar was born in Amritsar . His father was a military officer . From an young age Kumar was known for his stage performance particularly as a Dancer. he lived and grew up in Delhi's Chandni Chowk and later with his family moved to Mumbai where he started his life in Koliwada , a punjabi dominated area . His early education was from Don Bosco school and Guru Nanak Khalsa College for his higher studies but he dropped out of college after a year or two and went to Bangkok to learn Martial Arts. Akshay has only one sibling his sister Alka Bhatia. As a teenager Akshay Kumar aspired to be an actor and expressed his desire to try his luck in Bollywood. He obtained a Black Belt in Taekwondo in India and studied Martial arts in Bangkok.where he learned Muay Thai and worked as a Chef and waiter. Once he had returned to Mumbai he started his own classes to teach Martial Arts. one of his students who was an aspiring photographer recommended Akshay kumar to modelling which was a stepping stone for him in the entertainment industry. After being engaged twice to actress Twinkle Khanna, the daughter of actors Rajesh Khanna and Dimple Kapadia, Kumar married her on 17 January 2001. Their first child was a boy, whom they named Aarav. Twinkle gave birth to their second child, daughter Nitara, on 25 September 2012. He is known as a protective father and keeps his children away from the media. He stated that he wants to "give them a normal childhood." n 2009, while performing at a show for Levis at Lakme Fashion Week, Kumar asked Twinkle to unbutton his jeans. This incident sparked a controversy which led to a police case being filed against them. umar stays in shape with a combination of kickboxing, basketball, swimming and Parkour as well as working out. While in standard eighth he had started practising Karate. He intended to open a martial arts school and the state government of Maharashtra allotted land for the school in Bhayandar. n 2004, he was honoured with the Rajiv Gandhi Award for his outstanding achievements in Bollywood. In the same year, he presented the television series Seven Deadly Arts with Akshay Kumar for free.

Kumar went on to be a successful actor and all these achievements that led him to be one of the most successful actors of the year. In 1994 he appeared in 11 films one after another. .He proved to have success with the Khiladi series . The films were commercial successful. Akshay Kumar played a supporting role in Yash Chopra's film ' Dil to Pagal Hai in 1997 co starring Shahrukh Khan , Madhuri Dixit, Karisma Kapoor for which he received once again his first nomination for the Filmfare awards for the Best Supporting Actor. In 1999, Akshay Kumar played opposite his wife Twinkle Khanna in the film International Khiladi. The film turned out to be an average grosser at the box office. He received critical acclaim for his roles in the few films that he chose and his film Jaanwar turned out to be a commercial success and marked his comeback. Kumar has seen a successful career graph from the time he has joined the industry . However, he had a rough patch from the year 2009 to 2011 but he bounced back with success with the film Housefull and Rowdy Rathore in 2012 with both of them grossing over Rs. 1 Billion ( US 15 Million) , his other films were highly successfully. He was the first Bollywood actor to have reached the net Box office collection that crossed over Rs. 20 Billion( US $ 300 million) and is considered as one of the most successful actors in the History of Indian Cinema. And is known for his contemporary roles in the Indian Hindi Cinema.

Akshay Kumar’s ‘Mission Cinderella’ To Have An Interna...


Holiday - A Soldier Is Never Off Duty


Waqt The Race Against Time