Prakash Raj was born in Bengaluru to a Tulu speaking father and a Kannadiga mother in a middle class Kannada speaking family. After completing his schooling from St. Joseph’s Boys High School, he graduated in commerce from St. Joseph’s college of Commerce in Bangalore. He began his acting career by joining the cultural centre Ravindra Kalak shetra, which was an institution providing a platform for theatre and musical performances where he was seen performing in nearly two thousand street shows which led to his entry in to Kannada TV industry in the initial part of the 1990’s subsequently leading to his film acting debut in the year 1994 in Tamil cinema.

Prakash Raj early on before his rise in cinema got married to the then famous actress Lalitha Kumari and the couple had the children out of which one passed away in 2004.. They brought the relation to an end by the year 2009 after which Prakash Raj got married to Bollywood Choreographer Pony Verma in the year 2010 and they have a boy.

Prakash Raj made his film debut with Legendary filmmaker K Balachandar in the Tamil musical film Duet where he appeared alongside Prabhu and Meenakshi Seshadri in the lead and got instant recognition for his portrayal of a film superstar and got him his next acting gig in his home turf through the action flick Lockup Death in which he appeared in a major supporting role with the movie attaining positive critical attention going on to be a genre classic of Kannada cinema. He soon returned to Tamil cinema with Jayaram’s comedy movie Nila which too did good business at the time. Mani Ratnam was next in line to cast him in his second instalment of his anti-terrorist romantic trilogy Bombay alongside Arvind Swami and Manisha Koirala and the movie went on to garner phenomenal reviews with exceptional collection and was elevated to the levels of an eternal classic in Indian cinema and Prakash Raj too benefited from the wide spread acclaim the movie fetched making him a regular face for Tamil audiences. After making his Telugu debut in 1995 with the unsuccessful Sankalpam, he went on to be part of many more projects in Tamil like Aasai, Kalki , Seethanam and also made his Malayalam debut playing the antagonist opposite Mohanlal in the action movie The Prince in 1996, all of which contributed to his quick growth as an bankable actor by the major regional  film industries with his matured and versatile acting ways

After going on to part of many more successive supporting roles in movies like Vinodam, Gunshot, Indraprastham , Raj finally landed in his dream space when he was called upon yet again by Mani Ratnam in his magnum opus

Iruvar, which was a semi biographical take on the life of legendary Tamil actor/politician MGR played by Mohan Lal which saw Raj playing the role of Karunanidhi. The movie had extra ordinary critical reviews and was declared an instant classic and Raj was seeing getting under the skin of the character and coming up with a thunderous performances and rose to National and international fame with the modern day classic. Next up he came with a supporting role in ace cinematographers Rajiv Menon’s directorial debut MinsaraKanavuwhich too turned out to be a grand success receiving much accolades and commercial recognition. He then went on to appear in underperfommers like Mommaga ,Aravindhan, Raasi in various languages and had a respite in the Malayalam drama film OruYatramozhi starring Mohan Lal and Sivaji Ganeshan in the lead.Raasi, V.I.P, Nandhini ,NerrukkuNerand the Kannada production Nagamandala all of which were mediocre fairs.

He recived the National Film Award Special Mention in the year 1998 for the Telegu movie Antahpuram.

2000- Vaanavil (Tamil film which won him the State Award for Best Villain.)

2001-Bach and ChiruNavvutho in Telugu

After a long array of supporting roles in the time period 2002 to 2005, Prakash Raj’s major turning point was Shanker’sAnniyan in Tamil, Pandipada in Malayalam, Pokiri in Telugu, VettaiyaaduVilayadu ,Mozhi and Tamil remake of Pokkiri in the latter part of 2005 and 2006.

Prakash Raj’s other major films In Hindi include :

Prakash Raj made his entry in to Hindi cinema with the action drama film Shakti: The Power in the eyar 2002 along with an ensemble cast consisting of Karishma Kapoor, Sanjay Kapoor, Nana Patekar with special cameo’s by ShahRukh Khan and Aishwarya Rai. Prakash Raj made a comeback to Hindi cinema after a break with Rajkumar Santoshi’s 2004 action thriller, with a supporting role amidst a stars studded cast icluidng Amitabh Bachchan, Akshay Kumar and Ajay Devgn in the lead. Prakash Raj was seen playing a cop who is a mole of the bad guys in the police group who has been entrusted with the duty of transit of a terrorist to a court. Khakee was a critical phenomenon and helped Prakash Raj to catapult his repute in Bollywood. The next year in 2003 Raj was seen in Tusshar Kapoor’s Shart: The Challenge in a negative supporting role which did not do him much good.

Prakash Raj made a strong footed comeback to Bollywood after a five year gap in the year 2009 with Salman Khan’s blockbuster action entertainer Wanted helmed by Prabhudeva. Raj was seen donning a negative role which made him  highly popular name among Hindi movie goers with the movie going on to be a  ground-breaking success. However due to his extensive schedule in south Indian films Prakash Raj again ha d along break in Hindi before his next release through Puri Jgannath’s comedy film Bbuddah Hoga Terra Baap in the year 2011 along with Amitabh Bachchan and Hema Malini in the lead. Later the same year he reprised his antagonist character in the  Rohit Shetty’s Blockbuster remake Singham from the Tamil movie of the same name featuring Ajay Devgn and Kajal Aggarwal in the lead, Prakash Raj was seen yet again playing the dark villainous character in the second instalment of Salman Khan’s blockbuster cop masala entertainers series with Dabangg 2 which too had a prolific run at the box office appealing to the masses.

He then played the lead in the crime thriller Mumbai Mirror which dealt with themes of conflict between powerful and corrupt bar owners and police forces and Prakash Raj this time around too was given a villian character in the average grosser.

Sanjay Dutt’s Policegiri which too repeated the fate of its predecessor.

Zanjeer which featured Ram CharanTeja and Priyanka Chopra in the lead also saw Prakash Raj once again repeating his antics from past flicks. Rakeysh Ompraksh Mehra was next in line to cast Prakash Raj in a key role in his biopic on the life of Olympian Athlete Milkha Singh played by Farhan Akhtar in Bhaag Milkha Bhaag which was a great success both critically and commercially.  He completed his 2013 with two more releases in Rajjo and Singh Saab The Great.

Heropanthi, Entertainment were his following Hindi releases, both of which were commercial potboilers and also in  English Hindi joint production Candy Flip , which incidentally was his last movie and it is yet to have a release.

Prakash Raj has received the following Awards and nominations in his illustrious film career in :

Best Supporting Actor for Iruvar in 1997.

Special Jury Award for various movies in the year 2003.

Best Actor for Kanchivaram in 2007.

Best Performance in a Negative Role for Singham in 2012.

Prakash Raj is also a philanthropist in real life and he was seen adopting a village named ““Kondareddipalle” in Telengana to improve the standard of living of the villagers there.  Prakash Raj prior to his entry in to cinema worked in many serials in Kannada Television like BisiluKudure, GuddadaBhootha, NammaNammalli and later on along with his film career returned to Televsiosn with Tamil serials Sahana and NeengalumVellalamOruKodi in the years 2003 and 2013 respectively.

Prakash Raj is considered to be one of the finest actors of all time in Indian cinema. He has over a two decade career established his mark in almost all South Indian language films like Kannada, Tamil, Telugu, Malayalam and Hindi and is one of the few actors in mainstream films with a pan Indian appeal. Prakash Raj is known among masses and film buff’s alike for his outstanding performances in movies like Iruvar, Bombay, MinsaraKanavu, OruYathramozhi, ,KannathilMuthamittal ,Vasool Raja M.B.B.S , Anniyan, Kanchivaram , Ok Kanmani and many more, Prakash Raj has been over the years been the go to man for meaty roles by auteurs like Mani Ratnam, K Balachander, Priyadarsan and many more which itself is a commendable feat. Prakash Raj’s characters in movies like Iruvar and Kanchivaram are sure toppers in the list of best acting moments of Indian film history. Prakash Raj is one of the legends of Indian cinema without a trace of doubt. Prakash Raj is often cited to one of the most reliable actors in Bollywood to play the Psychic and mental nuances of antagonist characters in action thrillers like Dabangg 2 ,Singham and many more which has made him a common name in Bollywood too  which is a rare feat for  a actor from South Indian cinema. 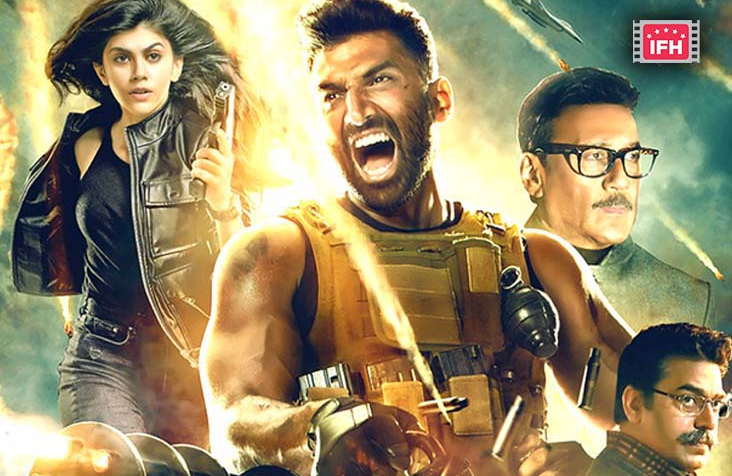