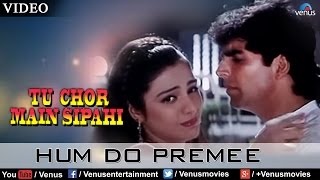 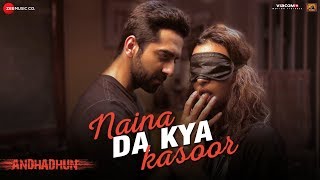 While shooting for the multistarrer Hum Saath-Saath Hain in 1998, she was charged for poaching two blackbucks in Kankani with her co stars Salman Khan, Saif Ali Khan, Sonali Bendre and Neelam Kothari. They were charged under the wildlife act and IPC. She had submitted a revised petition that discharged her from section 51 of wildlife act and also both 147 and 149 section of Indian Penal Code. In December 2012, the Jodhpur court summoned all of them with the revised charges as on 4th February 2013.

Tabu was born on 4th November 1971 in Hyderabad to Jamal Hashmi and his wife Rizwana. But soon they had got divorced. Tabu’s mother was a school teacher and her maternal grandparents ran a school. Her grandfather was a mathematics teacher and grandmother taught English literature. She studied in St. Ann’s High School in Hyderabad and later she moved to Mumbai in 1983 and studied in St. Xavier’s College for two years then she joined the film industry and chose acting as her career. Indian cinematographer Baba Azmi and former actress Shabana Azmi are her uncle and aunt. She can speak Urdu, Hindi, English and Telugu fluently.

She was back then dating her movie co star actor and producer Sanjay Kapoor but their relationship didn't work well just as their movie. Later she was said to be in a long term relationship with Sajid Nadiadwala who had signed her for one of his movies and was still grieving the death of his first wife. Tabu also was in a relationship with the South actor Nagarjuna but they broke up as he wasn't ready to commit to her being already married to Alama. Anyhow Tabu and Nagarjuna are still good friends. Tabu as of now is single and unmarried.

Tabu did a small appearance in the movie Bazaar 1980 and later in Hum Naujawan 1985 where she played Dev Anand’s daughter. Her first film as a lead actress was the Telugu film Coolie no. 1 opposite actor Venkatesh. In 1987, Boney Kapoor launched two movies Roop Ki Rani Choro Ka Raja and Prem. In Prem she was casted opposite Sanjay Kapoor but the movie was a big flop despite it took eight years in making. Her first movie as a leading lady was Pehla Pehla Pyar which went un noticed but she got recognition from Vijaypath 1994 opposite Ajay Devgn which was a big hit. She won the Filmfare best actress award for the same. In the year 1996, she had eight films released of which Saajan Chale Sasural and Jeet were major hits. Her performance as a punjabi woman in the movie Maachis was highly liked by the critics as well as the audience. She won the National Film award for the movie. She also gave blockbusters in the south movies. Kalapani, the critically acclaimed Malayalam periodic film directed by Priyadarshan with Mohanlal in lead brought her appreciation from all over the south India. She also debuted in Kollywood through the successful Tamil movie Kadhan Desam directed by Kathir with Abbas and Vineeth. In 1997, she was starred in Border which showed the real life events of the battle of longewala during the 1971 Indo Pak war where she played Sunny Deol’s wife and also in Virasat as Anil Kapoor’s wife as a Village Belle .Both the films were success at the box office. She also won award for her acting in Virasat. In 1999, she was in two multistarrer films Biwi no. 1 and Hum Saath Saath Hain which were both hits. In 2000, she was casted in Hera Pheri and Astitva where Hera Pheri was a hit and Astitva was critically acclaimed. She won Filmfare for her role in Astitva. In the south India,Tabu had two releases inTamil, namely,Kandukondain Kandukondain, a multi-starrer blockbuster film directed by Rajeev Menon and directed by Priyadarshan,along with a Malayalam release Cover Story. Later in 2001 she played the role of a bar dancer in Madhur Bhandarkar’s Chandni Bar which got her second National Film Award and also was a success. In 2003, she was starred in Maqbool which was an adaptation of Shakespeare's Macbeth. The film was critically successful. In 2006, she acted as a supporting actress casted with Aamir Khan and Kajol. In 2007 she did her first Hollywood film, The Namesake directed by Mira Nair and also a Bollywood film Cheeni Kum with Amitabh Bachchan. Cheeni Kum didn't work well domestically but was appreciated overseas. In 2010, she returned to Bollywood as a lead in the movie Toh Baat Pakki! And her next release was Khuda Kasam with Sunny Deol. In 2012, she featured in her second hollywood movie directed by Ang Lee, Life of Pi as a mother of protagonist and in 2014 in Jai ho which was remake of the Malayalam film Stalin with Salman Khan as his elder sister. Her next movie was also an adaptation of Shakespeare's Hamlet as Haider. Tabu played the role of Shahid’s mother and was critically acclaimed for that. Haider was a very big success of the year. Later she appeared in Murder Mestri  Drishyam with Ajay Devgn after a gap of fourteen years and then in Fitoor with Katrina Kaif and Aditya Roy Kapoor. She has acted in a number of Telugu movies too, many of them very successful, such as Coolie No. 1 and Ninne Pelladutha, the latter being one of her most famous and popular movies. She also starred in films such as Chennakeshava Reddy and Pandurangadu with Nandamuri Balakrishna, Andarivadu with Chiranjeevi and Aavida Maa Aavide with Akkineni Nagarjuna. Tabu made a re-entry into Telugu movies after a long break with the film Pandurangudu in 2008. At that time, she was 38 years old. Her roles in Telugu movies largely focused on glamorous roles. Tabu has mainly acted in Hindi, Telugu, Tamil, Malayalam, Marathi and Bengali movies.

Ajay Devgn And Tabu Wrap Up The Shoot Of Bholaa...