Shamshera directed by Karan Malhotra, produced by Aditya Chopra and Yash Raj Fims is set in the 1800’s . The film is about the dacoit tribe who during the Independence against British India fought for their rights.
Starring Ranbir Kapoor, Sanjay Dutt,  Vaani Kapoor and Fahim Fazli 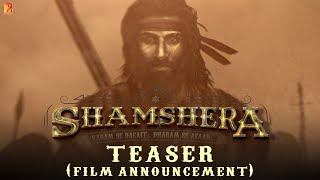 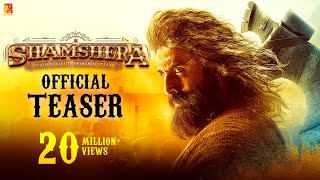 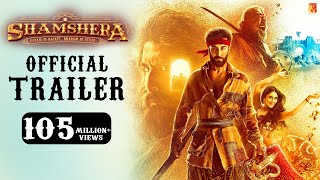 Shamshera which means the Sword is an upcoming film which is said to be an action-thriller-adventure film with its release scheduled for 31st July 2020 around the Bakra Eid holiday weekend.

While Sanjay Dutt plays the main villain in the film, Vaani Kapoor’s role is that of a desirable and sought after travelling performer while Ranbir Kapoor plays the role of Shamshera who is highly ferocious and a fearless character in the film.  This film will take him out of the comfort zone of being labelled as the chocolate hero as he marches forward in the film with full zest with the kind of character he portrays in the film.