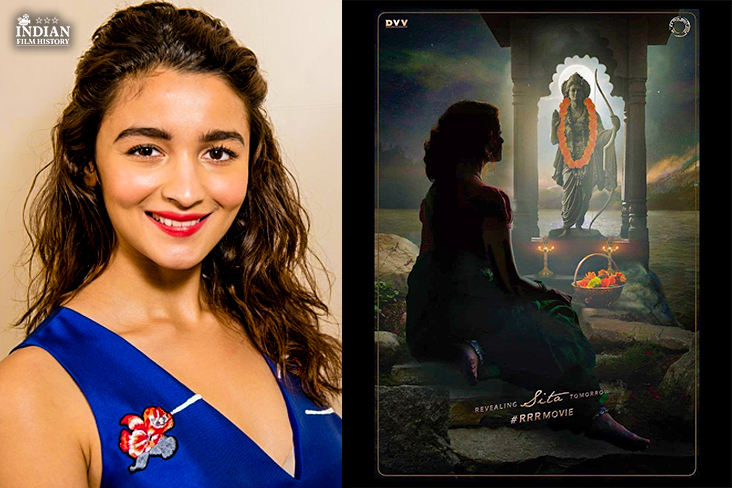 Alia Bhatt Teases Fans With The Image Of ‘Sita’ From RRR

Alia Bhatt fans cannot contain their excitement as the Kalank actress is all set to portray the role of Sita in the upcoming magnum opus RRR. The film is one of the most expensively made with a humongous budget and has been in the news ever since it was announced. The lead actress’s look is to be revealed on her birthday on 15th March. Taking this cue, the actress took the opportunity to tease her fans with a silhouette image of her look. Sharing the mesmerising image on social media she wrote, “coming tomorrow ♥️ #RRR.” The film will mark her debut into Telugu cinema.

RRR also stars Ram Charan, Ajay Devgn and Jr NTR . Along with them, several international stars including Olivia Morris, Alison Doody and Ray Stevenson also will be seen. Meanwhile Alia will next be seen in Sanjay Leela Bhansali’s Gangubai Kathiawadi.