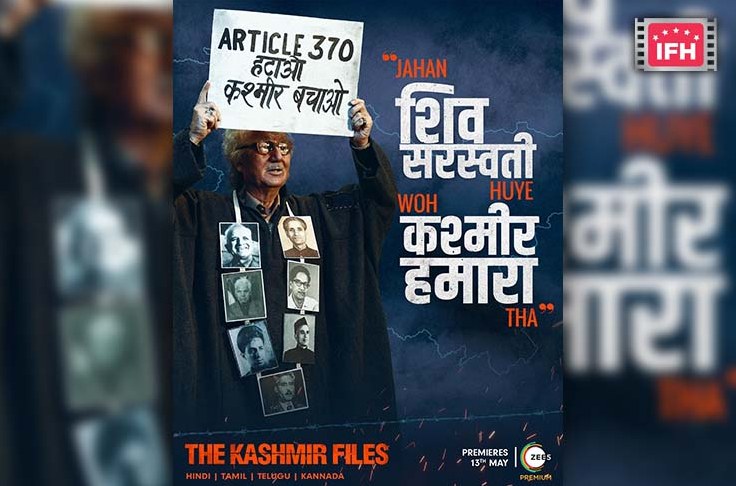 The Kashmir Files has been breaking box office records everywhere. The film that is based on the exodus of Kashmiri Pandits and the atrocities on them will now be screened on the OTT platform Zee5 in Hindi, Tamil, Telugu, Kannada and Indian Sign Language. No other commercial film has been released and interpreted in sign language. This has set a new world record.

A special screening was held of the film where 500 hearing impaired people attended the event. Also in attendance were The Kashmir Files Director, Vivek Agnihotri along with his wife and actor, Pallavi Joshi and actor, Darshan Kumaar. Agnihotri said in a statement, “We are glad that The Kashmir Files reached out to and resonated with so many people across the world and now with ZEE5’s one-of-a-kind move, the movie will be accessible not only in Hindi, Tamil, Telugu and Kannada but also in Indian Sign Language. This is a story which must be told, and I am glad that ZEE5 is helping us do that with their reach and network.” The film will premiere on Zee5 on 13th May 2022.