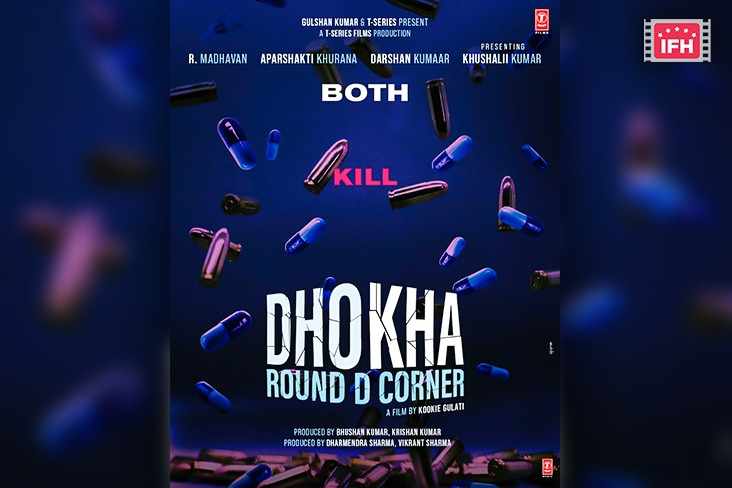 R Madhavan fans will be excited to see the star in a different avatar in his upcoming film Dhokha Round D Corner. The film also stars popular singer-model Khushali Kumar, who will mark her acting debut in the film. She is the younger sister of playback singer Tulsi Kumar Ralhan. The film is a suspense thriller and is directed by Kookie Gulati. It also stars Aparshakti Khurana and Darshan Kumar in pivotal roles. Sharing the first look poster, the makers announced the film’s shooting wrap and wrote, “A bullet. A capsule. Both kill. When deception is just round the corner. #Dhokha film shoot schedule ends. Starring @ActorMadhavan @Aparshakti @DarshanKumaar & presenting @KhushaliKumar. Directed by @kookievgulati. A 2022 release. #BhushanKumar #KrishanKumar @dharmendraedt.”

On completion of her debut film shoot Khushali said, “It’s a very emotional day for me, the journey that began a year back for me finally came to its blissful finale. Had an enjoyable experience shooting with Kookie and working with Madhavan, Aparshkati and Darshan.” Dhoka Round D Corner is produced by Bhushan Kumar's T-Series, Krishna Kumar, Dharmendra Sharma and Vikrant Sharma, the film will hit the cinema halls in 2022.