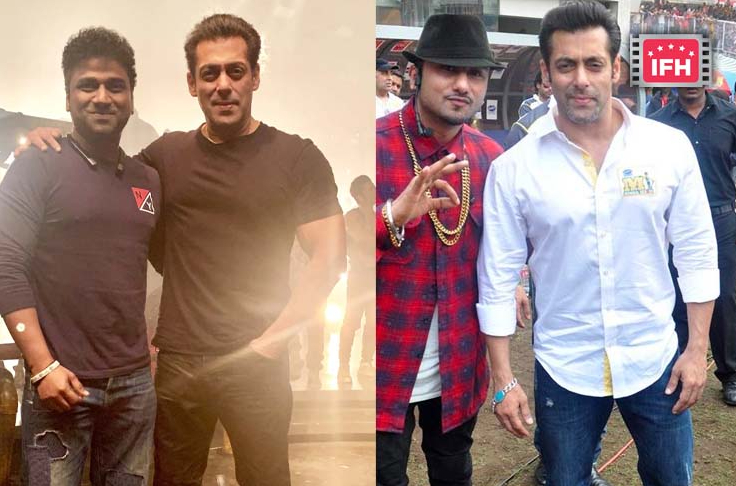 Just a couple of days earlier it was reported that South musician Devi Sri Prasad aka DSP is no longer a part of Salman Khan’s Bhaijaan film. However there is now an interesting development on that thread. Looks like DSP will not only be composing a special song for the film but also collaborating with popular composer and rapper Yo Yo Honey Singh.

This will be the first time Yo Yo and DSP will be joining hands for a song. Meanwhile the team of Bhaijaan (earlier titled as Kabhi Eid Kabhi Diwali), have shot an elaborate song with RRR actor Ram Charan’s special appearance. This will be like an anthem for music lovers apparently. There are speculations that this song is Singh and DSP’s collaboration, but it is yet to be confirmed. Yo Yo Honey Singh has previously composed the song Yaar Naa Miley from Salman’s film Kick.

Meanwhile Salman is going all out for his film that is tentatively titled Bhaijaan for now. It also stars Pooja Hegde, Siddharth Nigam, Jassie Gill, Raghav Juyal and Shehnaaz Gill in lead roles. It is a Farhad Samji directorial and produced by Salman Khan Films.